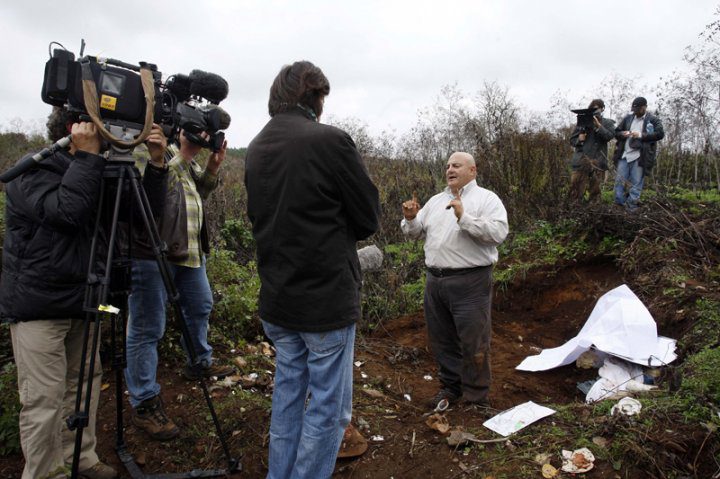 An Israeli born veteran, Yaron Svoray, was on a lecture tour in the United States and met Sam Neyr, a WWII veteran, who told him about a foxhole on the border between France and Germany where he had buried 40 uncut diamonds.

The story was so incredible that Yaron actually believed him. Yaron thought initially that the search would be simple. Sam Nyer’s descriptions were full of amazing detail. However, even with Nyer’s recollections, the search area covered a thousand square miles of forest and several hills scattered with innumerable foxholes. Finding Nyer’s precise foxhole was virtually impossible.

Over the next 11 years, Yaron kept returning to the French hill. Finally, Yaron Svoray and his team returned to the hill and started digging. But this time, Yaron found something that would change his life forever. The diamonds were found but not in the way he had expected. The story of Yaron’s search for the diamonds was made into the award winning History Channel movie, “Blood from a Stone”