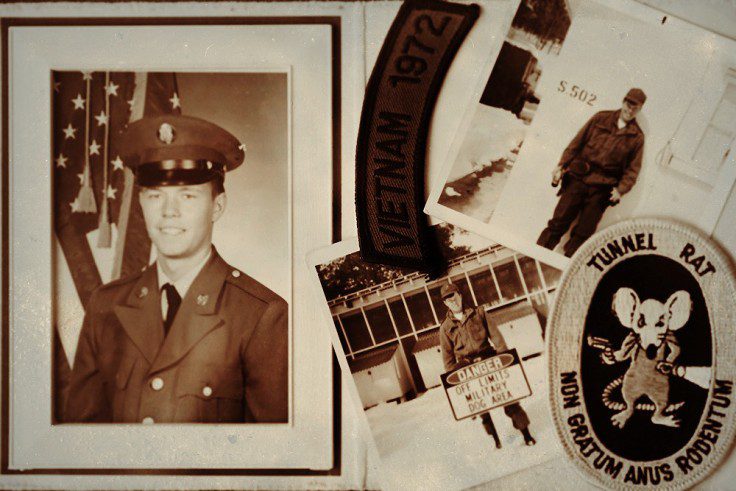 Many Vietnam War era veterans have waited decades for recognition. Hundreds of them were honored during several ceremonies held to commemorate the 50th anniversary of the Vietnam War.

These ceremonies are part of an ongoing national effort to commemorate the Vietnam War and recognize veterans who served during that time. The commemoration events began in 2012.

Daniel Barber of Lakewood is among the veterans who were honored on Friday.  Drafted in 1969 he served as an Army artilleryman in South Vietnam near the Laotian border.

He’d been there for just two months when the North Vietnamese attacked his unit in the early morning. He climbed into the machine gun turret of his self propelled howitzer.

“Before I could fire a shot, I was hit by fragments from a rocket propelled grenade,” Barber says, “I never saw it coming. Just all of a sudden I’m slammed back and falling down into the vehicle.”

Fragments ripped through his upper right arm and drove into his chest – puncturing his diaphragm and collapsing a lung. His 90-man gun battery had significant casualties that day. Five men were killed and 26 wounded. He was helicoptered out and eventually sent to a military hospital in Tokyo for surgery, where he was also diagnosed with malaria.

The damage to Barber’s right arm left him partially paralyzed. He spent nearly two years recovering at Fitzsimmons Army Hospital in Aurora. There he regained some use of his arm and was promoted to sergeant. After he left the military he became a teacher.

Barber is retired now and deemed 100 percent disabled by the VA. He says he’s grateful for the upcoming recognition ceremony — especially for all the veterans who feel forgotten.