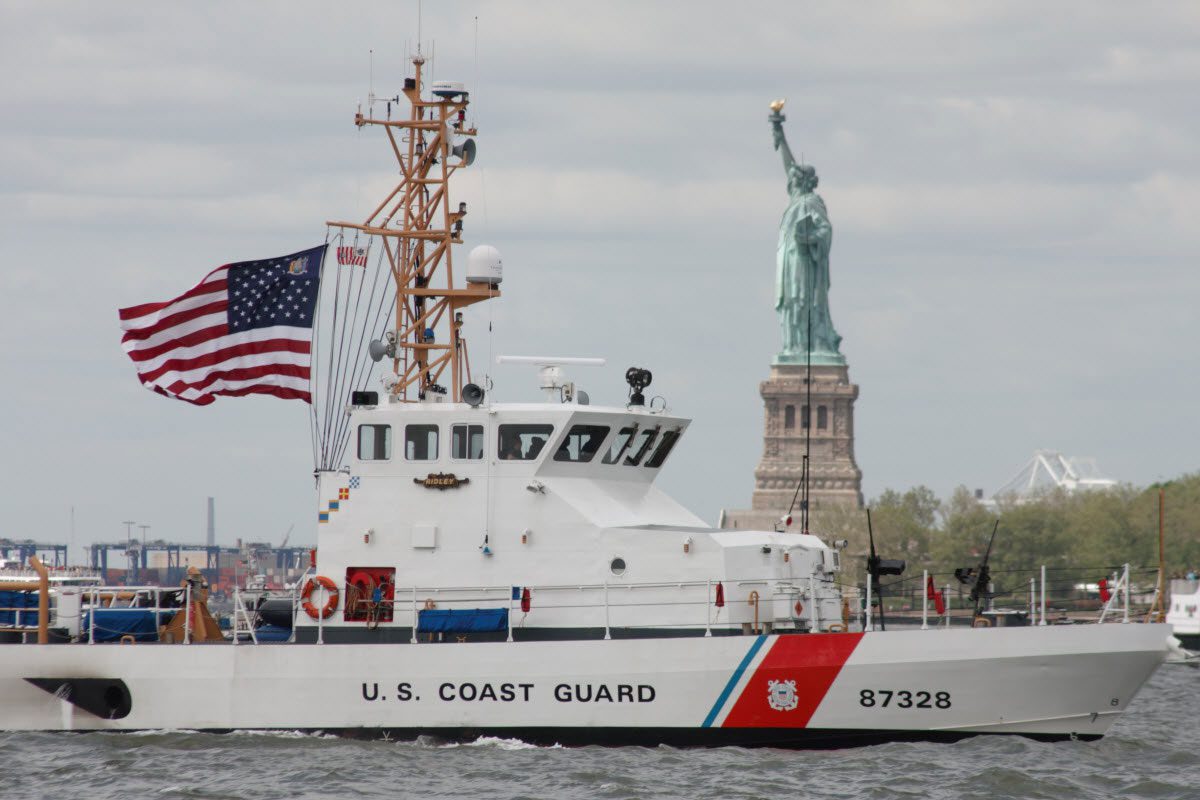 Veterans of the U.S. Coast Guard (USCG) were often exposed to occupational hazards that could cause serious health issues. These health risks were similar to hazards encountered by U.S. Navy personnel, such as noise and vibration (guns, equipment and machinery), and exposure to asbestos, industrial solvents, paint, lead, radiation and PCBs.

Hearing Loss from Noise and Vibration

Hearing loss and tinnitus (ringing in the ear) are common occupational hazards for military personnel, including members of the U.S. Coast Guard. Ear injuries are usually the result of noise and vibration from equipment, machinery, engines, explosives and weapons.

Asbestos is a highly toxic mineral that absorbs sound and resists heat, fire, electricity and chemical reactions. It was mined worldwide and used for centuries in construction, manufacturing and shipbuilding. Inhalation of asbestos fibers can cause serious and fatal illnesses like lung cancer, mesothelioma and asbestosis.

Illnesses related to asbestos exposure can take many years to develop. When symptoms do appear, it is usually during the later stage of the illness.  Types of mesothelioma symptoms include chest pain, fluid buildup, painful breathing, persistent cough, stomach pains, weight loss, loss of appetite and heart murmurs.

Asbestos was used on many Coast Guard vessels (especially cutters) for fireproofing, insulation of wires, plumbing, pipes and boilers, and to strengthen other materials like ropes.

Coast Guard personnel who served during World War II have a higher risk of contracting mesothelioma from asbestos exposure than any other wartime period.

The Curtis Bay Yard was established in 1899 and is the Coast Guard’s only shipbuilding and repair site. Asbestos was used throughout the facility before strict regulations were implemented in the 1980s. Various toxins have also been found in the facility’s ground water and soil, such as pesticides, metals, PCBs and dioxin.

LORAN (long range navigation) was a radio navigation system developed during World War II. Dozens of LORAN stations were built throughout the world, sometimes in extremely remote locations. In 1958, the U.S. Coast Guard took over LORAN operations from the Navy, including management of LORAN stations.

Early LORAN systems were built with cathode ray transmitter tubes, which emitted radiation. It wasn’t until 1994 that the tubes were shielded. Most of the tubes were eventually replaced with non-radiation technology.

An estimated 10,000 Coast Guardsmen who worked at LORAN stations from 1942 to 2010 may have been exposed to radiation from these tubes. Potential health risks from the exposure include skin cancer and cataracts.

U.S. Coast Guard vessels provided support to the Navy during the Vietnam War. Coast Guardsmen who served on these ships may have been exposed to Agent Orange and similar types of toxic herbicides.

Agent Orange was a tactical herbicide used for defoliation. The VA has determined that all military personnel who served in Vietnam between January 9, 1962 and May 7, 1975, and later became ill with certain diseases, may have been exposed to Agent Orange. The same is true for members of the military who served in or near the Korean demilitarized zone between April 1, 1968 and August 31, 1971.

The Veterans Administration publishes a list of U.S. Navy and Coast Guard ships that operated in Vietnam.  Coast Guardsmen who are presumed to have been exposed to Agent Orange during the Vietnam war include crew members of “All U.S. Coast Guard Cutters with hull designation WPB (Patrol Boat), WHEC (High Endurance Cutter), WLB (Buoy Tender, and WAK (Cargo Vessel) during their Vietnam tours.”

Disability compensation is a monetary benefit paid to veterans who were injured or became ill during active military service (or whose illness/disability became aggravated during active duty). Benefit amounts are based on a disability rating system from 0% to 100%.

VA pensions are also available for Coast Guardsmen who served during wartime, including the VA Aid & Attendance long-term care benefit.

Aid and Attendance is a VA long-term care pension for military veterans, their spouses and surviving spouses. The benefit is a reimbursement for home care, adult day care, board and care, assisted living, skilled nursing facility care and, in some situations, independent senior living communities.

Aid and Attendance monthly pension rates range from a maximum of $1,153 for a surviving spouse, to $2,846 for two married veterans.

Eligibility requirements for the Aid and Attendance benefit include:

The veterans or spouse must also meet various criteria regarding income and assets.

Aid and Attendance monetary benefits are tax-free and do not need to be paid back. If you would like to find out more about how the benefit works, contact one of our Aid & Attendance consultants today at 877-427-8065.