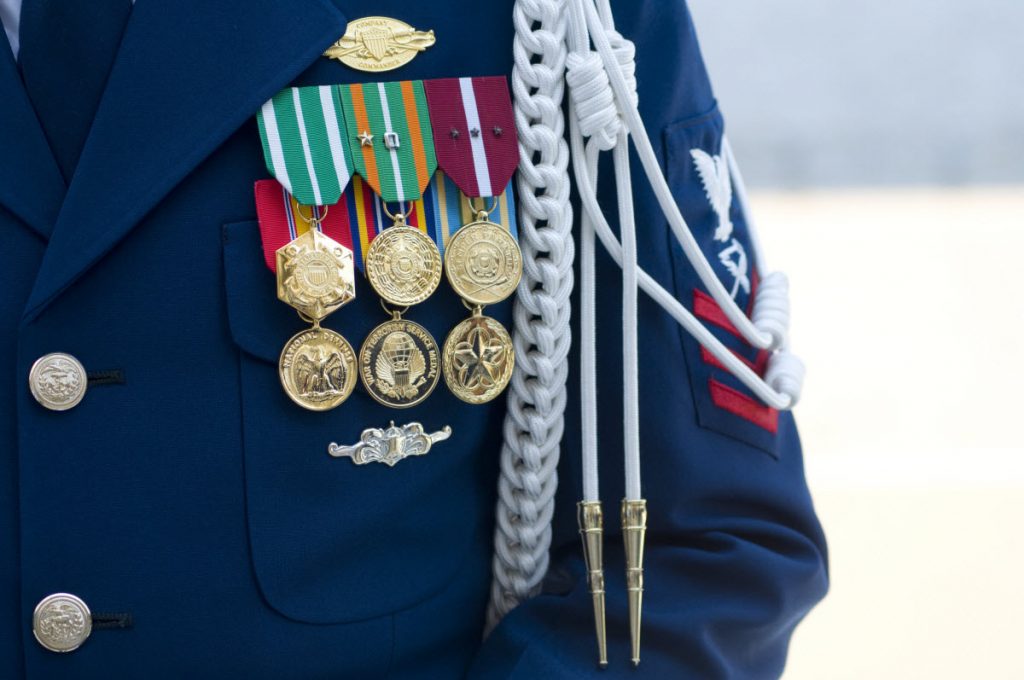 Later period enlistees who were injured or became ill during active service can qualify for VA disability compensation even if they do not meet the minimum length of service requirements. Other exemptions include hardship discharges, claims for VA life insurance benefits and retiring or separating from service because of a service-related disability.

VA pensions have more specific requirements pertaining to wartime service and discharge status. To qualify for a VA pension, the veteran must have served at least 90 days of active duty, with at least one day during an eligible period of war. The veteran must also have received an other-than dishonorable discharge.

VA pensions are monetary monthly benefits. Types of pensions include Basic Pension and the Aid and Attendance long-term care pension.

The VA also provides benefits for the spouses, surviving spouses and dependents of U.S. Coast Guard veterans. Surviving spouses can receive Dependency and Indemnity Compensation (DIC) if the veteran died during active military service or from a service-connected disability, or the veteran was rated totally disabled at the time of death. DIC is also paid to parents based on financial need.

Other benefits for spouses and children who meet DIC requirements include the Civilian Health and Medical Program of the Department of Veterans Affairs (CHAMPVA), and the Survivor’s and Dependents’ Educational Assistance Program (Chapter 35).

The Coast Guard also locates and reports on icebergs in the North Atlantic, and evaluates, certifies and credentials mariners working on U.S. merchant ships.

During World War II, the Coast Guard provided weather forecasts for Europe while patrolling Greenland as part of the International Ice Patrol. The Coast Guard also participated in rescue operations after American ships were attacked by the Germans. Coast Guard vessels sank three German U-boats, and were the first of the U.S. Armed Forces to take German prisoners in combat. It was also a Coast Guardsman patrolling a beach in New York who discovered the German saboteurs involved in Operation Pastorius.

Coast Guard veterans of the Korean War may be eligible for VA pensions if they served at least 90 days of active duty, with at least one day during the Korean War period of June 27, 1950 to January 31, 1955.

The Coast Guard entered the Vietnam War on May 27, 1965 to assist both the Navy and Air Force in various military operations, including intercepting North Vietnamese and Viet Cong boats carrying soldiers and supplies and providing fire support. Approximately 8,000 Coast Guardsmen served during the Vietnam war. Sixty-seven were killed during conflict and 80 were wounded.

Pension requirements for Coast Guard Vietnam veterans include at least 90 days of active duty, with at least 1 day during the Vietnam wartime period of:

Senior Coast Guard veterans who need help paying for long-term care can get financial assistance from the VA in the form of a monthly pension called Aid & Attendance. The benefit is tax-free and can help cover the cost of home care or facility care.

To find out more about the Aid & Attendance pension, contact one of our benefit consultants today at 877-427-8065.