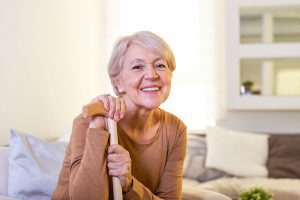 The Veterans Administration provides financial help and other types of assistance to the widows of U.S. military veterans. Financial assistance includes a Survivors Pension for low-income widows, and Aid and Attendance for long-term care.

Same-sex marriages are also recognized without regard to a Veteran’s state of residence, either current or previous.

A Survivors Pension is a monthly monetary benefit paid to the low-income spouse of a deceased veteran. The pension currently pays up to $768 per month, tax-free.

To be eligible for a Survivor’s Pension, the spouse must have been married to the veteran at the time of his or her passing and never remarried.

A spouse who remarries can only qualify for this benefit if he or she remarried a veteran. There is only one exception to this rule: the spouse of a deceased veteran remarried and divorced the second spouse (or the second spouse passed away) between January 1st, 1971 and November 1st,1990 and never married again.

The spouse must also have been married to the veteran for at least a year.

A veteran’s widow who was married to the veteran for less than a year but had a child with the veteran may also be eligible for a VA pension.

The veteran must have entered active duty on or before September 7, 1980 and then served at least 90 days of active duty with at least 1 day during a wartime period; or

The wartime periods established by Congress are:

In certain situations, a veteran can combine periods of active duty to meet the 90-day active duty requirement. The period of service must always include at least 1 day during wartime, regardless of how long a veteran served.

A veteran must be 65 years of age or older to qualify for a VA pension, but the veteran’s widow can be any age.

Aid and Attendance for VA Widows

If a veteran served at least 90 days of active duty and at least on day during a wartime period, his or her widow may be eligible for Aid and Attendance, the VA’s long-term care benefit.

The benefit is a reimbursement for home care, adult day care, board and care, assisted living and skilled nursing home care.  Home care can be provided by a family member, friend or professional caregiver. The person does not have to be licensed to provide personal care assistance.

To qualify for Aid and Attendance, the widow must have been married to the veteran for at least a  year and never remarried after his or her passing, unless the spouse of the deceased veteran remarried and divorced the second spouse (or the second spouse passed away) between January 1st, 1971 and November 1st,1990 and never married again.

A spouse who had a child with the veteran but was married for less than a year may still qualify for the benefit.

Other requirements include the widow needing help with some of the activities of daily living such as:

When applying for the Aid and Attendance benefit, the widow must also meet specific VA income and asset rules.

The maximum benefit amount for a surviving spouse is $1,228 per month, tax-free. The benefit does not need to be paid back as long as you continue to pay for care. It is advisable to keep good records of these expenses.

Filing an Aid and Attendance claim can be difficult due to the complexity of the paperwork and other factors.

To find out more about how the Aid and Attendance claim process works, contact a Benefit Consultant today at 877-427-8065 or click here.