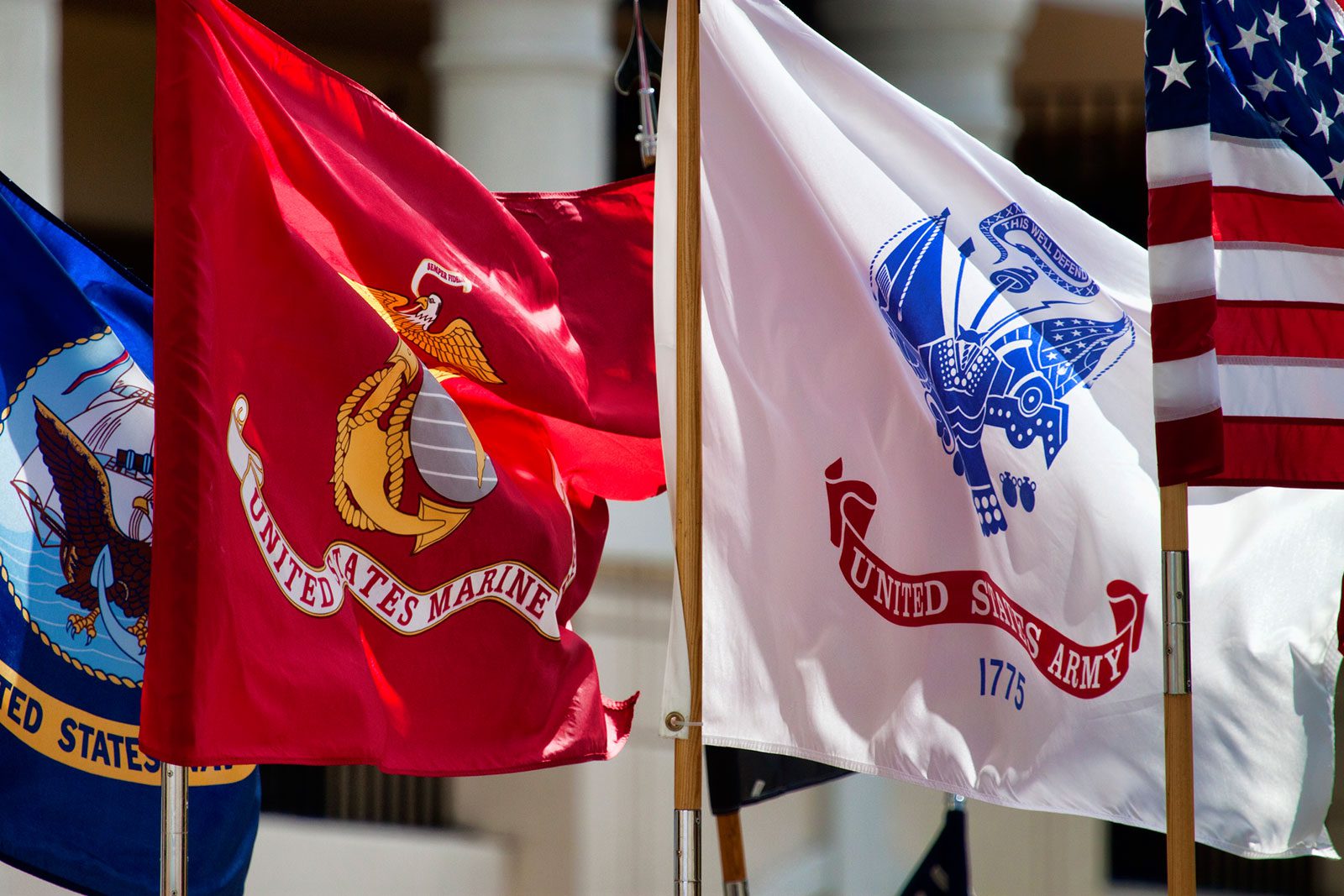 Approximately 2.1 million people serve in the Armed Forces. When someone joins the military, their enlistment period is typically 4 years.

You can choose the Army, Navy, Air Force, Marine Corps or Coast Guard as a career.  When a person’s career is the military, it means they will work as a member of the U.S. Armed Forces until they retire, which is usually 20 years.

Career servicemembers can receive free health and dental care through TRICARE, which is a program of the U.S. Department of Defense Military Health System. Spouses and dependent children may also qualify for health care services.

Another benefit provided by the U.S. military is life insurance, including a $400,000 Service Group Life insurance policy that costs only $29 per month.

If you chose the military as a career, you would receive 30 days of paid vacation each year.

There are various retirement and savings plans for career military personnel through the Uniform Services Blended Retirement System (BRS), including a monthly pension or lump sum payment based on basic pay and years of service. Career service members will also have 3% of the basic pay automatically set aside in a retirement account. After two years, the BRS will start matching the service member’s contribution.

In most cases, military housing is provided for all service members, even if they live off base.

There are many different VA benefits available to career military personnel, including health care, disability compensation and pensions.

Career military veterans are eligible for VA health care in cases involving service-connected disabilities, as well as TRICARE for all other health care needs. Because of the demand for services, Congress established a system for prioritizing care. The three main priority groups are:

A veteran who became sick or injured while serving in the military may be eligible for VA disability compensation, a monthly tax-free benefit.

The VA also provides monthly monetary benefits to veterans and spouses who are low income or need long-term care. The VA’s long-term care benefit is called Aid and Attendance.

A key requirement for a VA pension is at least 90 days of active duty, with at least 1 day during a wartime period. Most career military personnel serving at least 20 years will have met the requirements for wartime service.

The war dates established by Congress are as follows:

The U.S. entered World War II after the Japanese bombing of Pearl Harbor on December 7, 1941. An estimated 16 million Americans served during the war. As of 2020, approximately 300,000 World War II veterans are still living.

Over 5.7 million Americans served during the Korean War. Many service members were exposed to hazards that resulted in long-term health issues including extremely cold climate conditions, radiation, extreme noise, fuels, and chemical agents.

The Vietnam Conflict was a war between North and South Vietnam and their allies. South Vietnam was supported by the United States. An estimated 9.2 million military personnel were active during the Vietnam Era years of 1964 to 1975.

Vietnam vets were exposed to Agent Orange and many other toxins and chemical substances. Agent Orange was used as a tactical herbicide. It has caused severe and long-term health issues for many veterans. Other health hazards included exposure to extreme noise and fuels.

To qualify for the Aid and Attendance benefit, the veteran (or spouse) must need help with some of the activities of daily living. There are 5 types of daily living activities recognized by the VA: mobility (transferring), bathing, dressing, toileting and eating.

The care can be provided at home by a family member, friend, or professional caregiver, as well as a care facility such as board and care, adult day care, assisted living and skilled nursing.

Career military veterans can qualify for the Aid and Attendance benefit if they need help paying for long-term care. To find out more about how the benefit and claim process works, including income and asset requirements, contact one of our benefit consultants today at 877-427-8065 or click here.